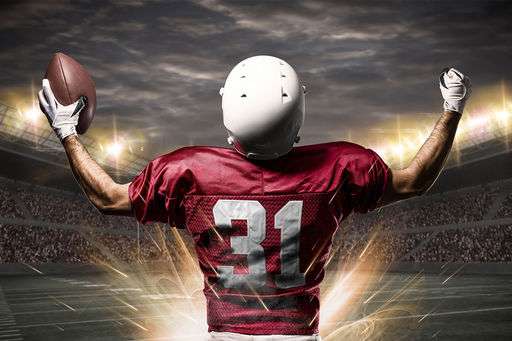 Football is a unifying force in the lives of millions of Americans. From the lure of Friday night lights, to the pride of college fight songs, to the intensity of NFL rivalries, football is the ritual that defines the fall. At the core of all this ritual is the athlete, the fierce competitors of varying ages and skill levels who give their blood, sweat and tears in pursuit of gridiron greatness.

Achieving success on the football field is the result of a tremendous amount of hard work and determination as players strive to perform their best on game day and maintain optimal health throughout the season. For assistance with peak performance and injury prevention and care, football players are increasingly seeking the care of a chiropractor. Football is a physically demanding sport that can result in a myriad of injuries, including traumatic injuries to the head, neck, shoulders, legs, knees and ankles, as well as less-traumatic stress and overuse injuries, such as back, muscle and joint pain.

Some level of injury in football is inevitable given the high-speed, full-contact nature of the game. Chiropractic care plays a vital role in injury prevention and relief by offering several benefits to football players. Here are the three most significant:

Chiropractic adjustments are one of the primary therapies used on athletes to help increase flexibility and minimize or eliminate pain in movement. Adjustments are often used as an injury-prevention measure for football players. They have also helped improve athletic performance.

Football’s brutal nature can lead to frequent injuries. Even more commonplace, though, are soreness and stiffness in the muscles and joints. Football players use chiropractic to ease the aches and pains that come from the game’s strenuous activity and hard knocks. This keeps the body functioning at an optimum level for athletic performance.

A link has been shown between chiropractic care and increased muscle strength. Chiropractic is often sought out as a means to relieve pain, however it can effectively promote strength in the muscles after a few adjustments. Ultimately, the combination of an increase in strength along with increased mobility can help players avoid injury. Furthermore, this can promote endurance and stamina.

Football players today frequently rely on chiropractors to help them make first downs and score touchdowns. If you’re interested in roaming the sidelines and helping football players make headlines, then consider pursuing a career in chiropractic at Cleveland University-Kansas City. Shape the Future of Health Care