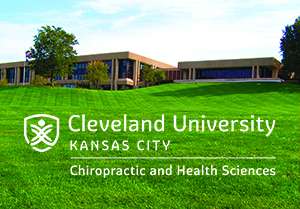 As a healthcare-focused institution, we’re quite proud of that, just as we’re proud to remind you that Cleveland Chiropractic College has become Cleveland University-Kansas City’s College of Chiropractic. Think of it as more of the best, with a new name.

A lot has changed over the past 10 years, and Cleveland continues to innovate and pioneer the field of chiropractic in the tradition of our founding “Cleveland” families.

In January of 2008, Cleveland Chiropractic College expanded from the mid-Kansas City area to the KC suburb of Overland Park, Kan. The name change in 2015 to Cleveland University-Kansas City (CUKC) reflects a desire to continue moving forward.

Now it’s time to celebrate. The Overland Park, Kan., campus has been the new “Cleveland” home for high-quality chiropractic education and expanded degree options for the past 10 years.

There’s much to love about the CUKC campus, and President Carl S. Cleveland III knew it from the start. He says he was “12 minutes into a tour of the main building” when he knew the Overland Park campus was the home CUKC students deserved.

One unique aspect of the campus is the expansive 175,000 sq. ft. main building – as much space as three football fields. Wet and dry laboratories, library, cafeteria, computer stations, plus study and lounge areas are under one roof. An adjacent building houses a fitness center and child care.

Another location advantage is the greater ability – and space – to tap into technological innovations. One example of that vision is CUKC integrating new Force Sensing Table Technology (FSTT) into the adjustive technique curriculum.

The Overland Park location itself has proven itself as a top-tier place for chiropractic schools in Kansas and the Midwest area year after year. The city offers access to a 15-county Kansas City metropolitan area and its vibrant network of sources for clinical experiences.

Research for chiropractic schools in Kansas and the Midwest proves CUKC is the place for chiropractic education. In fall 2017, CUKC welcomed its largest number of incoming Doctor of Chiropractic (D.C.) students in the last 10 years. Overall, there are nearly 500 D.C. students on campus, with many more in other degree programs or taking coursework leading to other healthcare-focused careers.

Still, a primary focus is chiropractic, and the 3.3 year schedule for a 4-year degree hits the mark. Year after year, the scores for CUKC students on the National Board of Chiropractic Examiners (NBCE) exams prove it: a top-tier pass rate for our students on the NBCE exam. CUKC scores average above 94 percent over the past four years.

Interested in being part of the Cleveland Chiropractic College tradition and innovation? Discover Cleveland University-Kansas City. Get details about the doctor of chiropractic degree program by requesting our free chiropractic eBook today!