Like a number of other injured athletes who were looking for healing, Dr. Justin Grabouski decided to earn a chiropractic degree (D.C.) because of a chiropractor’s expertise in diagnosing and treating neuromusculoskeletal conditions and diseases. 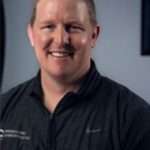 “I was seriously injured while playing college baseball,” Grabouski said. “I saw athletic trainers, physical therapists, specialists. They did a great job, but nothing seemed to help at the time.”

Finally, Grabouski was approached by an athletic trainer who suggested he visit a chiropractor.

“I went, and that chiropractic fixed me – changed my entire life,” he says.

Now, 13 years after earning his doctor of chiropractic degree, he knows that chiropractic is a healthcare profession with a tremendous future.

“The age range in our office is from three days old to 93 years,” Grabouski says. “Everybody benefits from some sort of chiropractic care.”

Facts About the Chiropractic Profession

One chiropractic university that is bringing chiropractic care to more people is Cleveland University-Kansas City (CUKC). The university is hosting a Cleveland Centennial & Midwest Annual Conference and Expo on Oct. 20-23, 2022.

This event, which also commemorates the 100th anniversary of CUKC, features more than 30 national-level speakers coming to inform and inspire those in chiropractic practice and students seeking to earn a chiropractic degree. Shaun White, Olympic gold medalist and entrepreneur, is also presenting at a luncheon.

Among the expert speakers: Dr. Carl S. Cleveland III, a chiropractic leader who is president of CUKC. Known as a tireless ambassador for the chiropractic profession, Cleveland offers a top-down view of chiropractic, focusing on “The Principles and Practice of Chiropractic.”

Another presenter is Terry R. Yochum, D.C., DACBR, Fellow-ACCR, FICC, whose topic  is “Diagnostic Imaging.” Dr. Yochum, a second-generation chiropractor, is a Diplomate of the American Chiropractic Board of Radiology (DACBR).

The Oct. 20-23 schedule of presenters is available here.

An Event for Chiropractic Information and CEUs 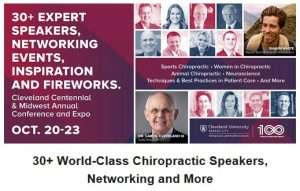 Through this event, chiropractors can receive up to 16 hours of continuing education units (CEUs). Other topics at the conference include:

Cleveland University-Kansas City (CUKC) is a private, nonprofit, chiropractic and health sciences university in Overland Park, Kansas, a large suburban city within the Kansas City metro. Many of our more than 10,000 alumni earned their Doctor of Chiropractic degrees in 3.3 years through our year-round, trimester schedule.

Points of distinction for the CUKC chiropractic program:

Request information about our Doctor of Chiropractic degree program so you can receive our free eBook: Your Complete Guide to the Chiropractic Profession.