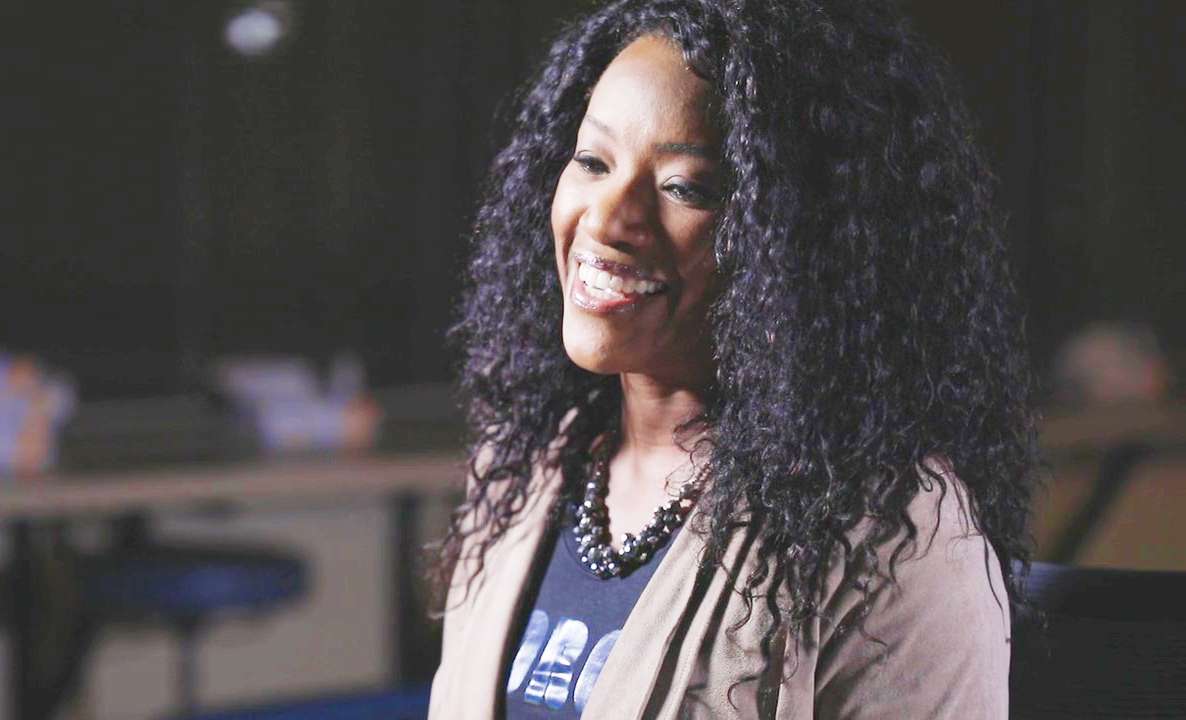 #CUKC Insight with Dr. Simmons: From a Dream Deferred to a Career Realized, Part 2

Between who we are and who we will become, there is a journey. Along the way, we discover what we are called to do in this life. Unfortunately, it doesn’t occur on a set schedule, because that’s just not how life works. As a result, there are times when career dreams are deferred before they can be fulfilled.

Such was the case for Cleveland University-Kansas City (CUKC) student, Khia Simmons. After working as a broadcast journalist, she left her career in television to take a break from the hectic pace of the news business. Her husband, an orthodontist, continued to build his practice while she handled the family’s at-home responsibilities. Soon after her work hiatus began, she became pregnant with her daughter, and then took on the blended role of wife and mother.

One day when she was preparing to run some errands, her daughter was sitting outside the vehicle in her car seat. As Simmons lifted the car seat into the van, that motion, combined with the turning of her torso, sent pain racing through her back. That led to her first encounter with a doctor of chiropractic.

“I was immediately intrigued by the whole thing, just everything about it,” Simmons said about her discussion with her chiropractor. “I just had so many questions about it, and he got excited that I was excited about what he was doing. He took me around his office, and he told me everything about chiropractic, every piece of equipment that he had. He just really explained everything, and he lit this fire.”

That fire would remain a slow burn. Although Simmons was fascinated by what she had learned, her life was going in a different direction. She eventually became pregnant again and had a son. For the next decade, she stayed busy raising her children and enjoying family life with her husband. However, she always had an eye on the future.

“During that 10-year span, I was just being a mom,” Simmons said. “Chiropractic was always in the back of my mind, and my plan was once the kids reached school age, they were going full-time, and I had gotten things to a calm level at home, then I would start to explore going to chiropractic school. And that’s what I did.”

Simmons began her prerequisite coursework at a local community college, and although returning to school was difficult, she never faltered. She stayed focused on her goals, and her children, now teenagers, offered their continual support telling her, “Mommy, you can do this.” That helped her to push through the challenging times, while also sending a powerful message.

“I want to be an example for them that anything is possible,” Simmons said. “After being out for so long, I went back to school and did something I never thought I could do. I want them to see that and know that they can do that too.”

As for her husband, he was initially hesitant about Simmons returning to school, but he now supports her efforts. The former stay-at-home mom, who once did everything associated with running a busy household, now shares those duties with her spouse due to her hectic schedule.

“Time at school just doesn’t allow me the ability to do a lot of the things that I did at home,” Simmons said. “So, whereas I was the one doing all of the cooking and everything, now my husband gets to do it a lot, so I’m grateful for that. He’s amazing, the kids are amazing, and I’m really grateful to have him in my corner for this.”

There have been special memories made in the process. At one point, in the early days of her return to the classroom, Simmons was taking an anatomy class as a prerequisite for chiropractic college. She and her daughter were learning about many of the same things, but obviously at very different levels. They even studied together at the kitchen table, bonding over their academic pursuits.

Her return to the classroom has been an eye-opening experience for Simmons. She knew she would have to start slowly and “dust off the cobwebs” to get where she wanted to be, but her focus on becoming a doctor of chiropractic helped to push her through.

Simmons readily admits that science was not her strong suit, yet she chose to pursue a degree where science comprises the bulk of the curriculum. But, there was no other path to get to where she wanted to go. Going around it wasn’t an option, so she had to go through it.

Undeterred, she pressed on, fueled by career aspirations that would not let her rest. As she was progressing through the chiropractic program, she began to realize that the career dream that she had held for so long was within reach. It was a tribute to her persistence.

“I started doing things that I never thought I could do, and taking classes that I never thought that I could excel in, and I did it. And did well in them,” Simmons said. “And that was just surprising to me. But it was an amazing growth experience and a testament that if you want something bad enough, you put in the time and the effort. You go for it. For me, I’m a jump in kinda girl, I jumped right into it, and it’s been an amazing journey.”

Simmons is blessed to have the support of her family at home, but she is fortunate to share her experience with a school family, too. In the Doctor of Chiropractic program at CUKC, the hours are long, the studying seems unending, and the exams are intense. The bond she shares with her classmates has been a much-needed boost. To have the phenomenal support of her school family has been vital to her success. And as they have helped her, she has been an asset to them as well, a truly symbiotic relationship.

“One of the things that I love about being here (at CUKC) is that everybody recognizes that we’re all in this together, and we’re all there to help each other,” Simmons said. “There have been times when one of us did not get the grade that we wanted on an exam or in a class, and we all come together and have study sessions. We do what we need to do to make sure that everybody is still on the right path.”

That kind of friendship and support is a sustaining force during stressful academic endeavors. Those who share the same experiences often develop a feeling that compels them to take care of each other. That’s precisely what Simmons found with her classmates at CUKC, and she is better because of it.

“Having that family, that support system here (at school) is different than your family at home, because now you have your family here, and they know exactly what you’re feeling because we’re all going through the same thing,” Simmons said. “That support has been amazing. I have some amazing friends. During difficult times, we lift each other up; we have fun together. It’s been awesome having them.”

Although it has been a long trip, the career dream for Simmons will soon be realized. She thinks back to the days before she started chiropractic college, and what inspired her. When she worked with her husband, she was able to see the tremendous impact he had in his profession.

Simmons recalled how some of his patients would cry when they saw their beautiful new teeth without braces for the first time. It had a profound effect on her, and she knew she wanted to help others feel similar life-changing moments. Chiropractic college has made that a reality for her.

Working as a chiropractic intern in the Cleveland University-Kansas City Chiropractic Health Center, she began to experience the satisfaction of helping others. It was a sensational feeling. It reminded her of what her husband does for his patients when they are under his care.

“I felt that for myself, and I thought, ‘I want more of that,’” Simmons said. “‘I want to be able to help people. I want them to have their lives changed for the better because of something that I can do for them.’ And that’s been my underlying motivation the whole time, is just to change lives. This gives me the opportunity to do that.”

That opportunity might never have been realized had Simmons not possessed such a strong belief in herself. That, along with her faith in God and the love and support of her husband and family, kept her strong. Many things could’ve derailed her dream, but she would have no part of that. Simmons is proof positive that you can start over and follow your heart to a dream career, no matter how long the journey may be.

Simmons now works toward graduation and looks forward with great anticipation to the next chapter of her life. There are no regrets for a dream career deferred, only excitement for what she is preparing to do. That small fire for chiropractic that was lit within her so long ago is now an inferno. It burns as bright as the future that awaits her.

Since the completion of this article, Simmons has finished her Doctor of Chiropractic degree. She graduated from CUKC in August 2020.