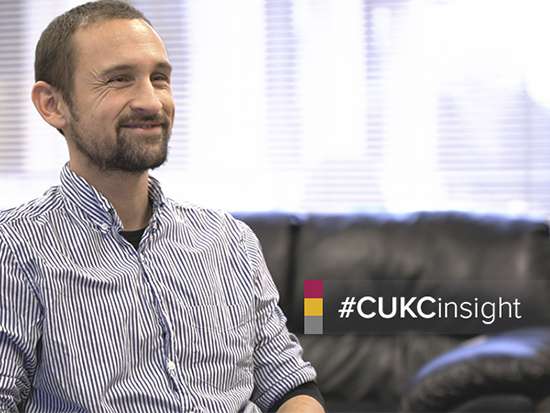 It’s not at all unusual to discover that many students choosing to become a doctor of chiropractic have already seen the benefits of chiropractic through a family member or someone they know. Yet, if you want to see a full-on passion for chiropractic, you simply must talk to someone whose quest to solve a troubling, painful, and long-time medical condition was finally resolved through the diagnostic insight of a chiropractor. Welcome to the life of Dr. Samuel (Sammy) Somerhalder, a 2018 graduate of the Cleveland University-Kansas City College of Chiropractic.

You’d be right to note that Somerhalder has a highly personal connection to chiropractic. He suffered through some serious health problems some seven years ago.

Like most of us, Somerhalder didn’t think much about taking over-the-counter pain medicine. Obviously, in the majority of cases, such medication, when taken according to directions, does not cause problems. In Somerhalder’s case, however, repeated use of a pain reliever led to a series of health problems.

“I took it for simple wrist pain,” Somerhalder recalled. “One night, about 20 minutes later, I felt this horrible pain ­– the worst pain in my stomach I’d ever felt in my life. I was on the ground, curled up in a fetal position for a couple of hours. It was awful.”

The eventual diagnosis was an ulcer, and to counteract the effects, Somerhalder’s doctor prescribed proton pump inhibitors – acid reducers. The use of acid reducers eventually led to another problem: not enough stomach acid to properly break down food.

“I got to the point where I couldn’t eat anything because everything I ate caused acid reflux,” Somerhalder said. “I would have cramping and horrible stomach pain. I would wake up in the middle of the night because of the acid reflux.”

After about a month of not getting better, he was at the point where he’d lost significant weight and felt so weak that walking up steps was a considerable challenge.

Do you know that saying about repeating the same action over and over and expecting different results? That’s how Somerhalder felt, so he decided to look elsewhere for answers.

Although he wasn’t familiar with other approaches to medical care, his experience with long-term, intense pain was motivation enough to see a doctor of chiropractic.

Following a physical and a comprehensive health assessment, the chiropractor discovered the source of Somerhalder’s medical problem were food allergies.

Through dietary changes and nutrition counseling recommended by his chiropractor, Somerhalder said his health eventually returned, although it took about a year and a half.

“When you do that much damage to yourself over a lifetime,” Somerhalder said, “it can take some time to reverse it.”

In his journey back to health, he said he also found other chiropractors who used acupuncture techniques that helped treat his food allergies.

“I got to the point where I was the healthiest I’ve been in my life,” Somerhalder said. “And I was like, ‘I want to go to school and pass this on to other people.’ ”

At this point, Somerhalder was 29, had an undergraduate degree in earth science from Emporia State University in Kansas, was working as a substitute teacher, but had yet to find a compelling career direction.

“There I was working professionally. I finally had the health that I never thought I was going to have,” Somerhalder remembers. “After what I’d been through, chiropractic looked like something I could do for the rest of my life. So, I started looking at schools.”

Again, destiny seemed to step in. Somerhalder found out he had a close friend who had come to CUKC, so he decided to check out the College of Chiropractic.

Less than four years later, he’d received his doctor of chiropractic degree, passed his boards, achieved state licensure, and is now an associate with a chiropractic practice in Lee’s Summit, Mo., within the Kansas City metro area.

Somerhalder said he’s pleased to be working in a practice focused on functional medicine – using nutrition and other methods to address the underlying causes of conditions.

“Often, symptoms are just signaling an underlying imbalance somewhere,” Somerhalder said. “I like to see patients do a trial of chiropractic care or try nutrition. If they started with that, they might have all their problems taken care of without having to resort to drugs or surgery.”

Rather than dwell on time lost due to a medical situation, Somerhalder prefers to look enthusiastically to the future and see the good that can emerge from adversity.

“You know, when I was sick, I couldn’t really go out with friends,” he said, “So my life just stopped in that period. Looking back now, it was a period of transition. And it’s what led me to my true path in life.”

Somerhalder said what helped him prepare for the chiropractic profession were the opportunities to work with patients early in his education, first in the student clinic, and then in the CUKC Chiropractic Health Center, treating patients in the surrounding metro area.

“I had some fears about that going in,” Somerhalder said. “Once you start working on people, and you make it about them, those fears are gone pretty quickly.”

Somerhalder also acknowledged that CUKC had a small-town feel to it, saying “You get to know everybody.”

That supportive, inclusive environment, plus the philosophy of chiropractic, sends a great message for the generations of chiropractors yet to come.

“Right now, chiropractors only see about 10% of the population. But I think people are starting to come around,” Somerhalder said. “I think the opioid problem has been a big, big part of that. As time goes by, more people are going to go to chiropractors. There are natural solutions to a lot of problems.”

Here’s the “One Big Thing” from Dr. Somerhalder


Ready for more? Go to the CUKC YouTube channel for more Insight stories