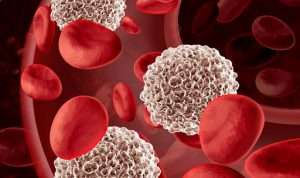 The human body contains an estimated number of 100 million cells and presents a world worthy of deep exploration. So, while learning about “biology” encompasses processes, systems, and changes among all living organisms, a “human” biology degree is an interdisciplinary study devoted to the complexity of being human.

The goal of this four-year degree is to fully understand the interconnected aspects of the human body’s process and development. Comprehending how the body’s systems work, develop, and adapt is essential to delivering preventive care and discovering ways to recuperate from injuries and diseases.

Why the B.S. in Human Biology?

Although the bachelor of arts (B.A.) and bachelor of science (B.S.) degrees are both four-year degrees, they take different approaches to the subject matter. The wider survey of a subject is typical of a B.A., which would call for more courses like literature, sociology, philosophy, history, and languages.

A B.S. in human biology degree concentrates on humans and biology at deeper levels and is quite a bit more detailed than a B.A. degree. It’s ideal for those interested in scientific careers or medical roles that depend on close interaction with human patients.

Foundational courses in subjects such as anatomy, general and organic chemistry, and physiology, along with health and humanities courses, are a major part of the degree mix.

Those interested in professional healthcare positions will find a human biology degree, especially a B.S., is an excellent match for undergraduate programs described as pre-med, pre-dentistry, and pre-chiropractic.

The Human Biology Degree at CUKC

Located in Overland Park, Kansas, a suburb of more than 190,000 within the Kansas City metro area, CUKC is a nonprofit, private, healthcare-focused university where students become part of and learn from the professional healthcare culture.

In 2015, Cleveland Chiropractic College expanded into Cleveland University-Kansas City (CUKC). Other degree options include a M.S. in Health Education and Promotion, the A.A. in Biological Sciences, the A.A.S. in Occupational Therapy Assistant, and the A.A.S. in Radiologic Technology. The Doctor of Chiropractic (D.C.) remains a CUKC cornerstone program.