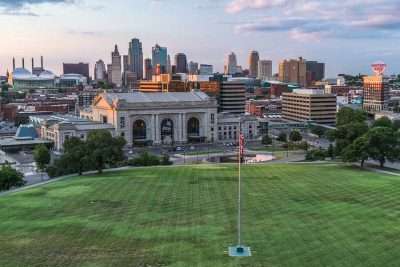 When considering institutions of higher education, there are many factors that help students decide where to apply for admission. There are the obvious items on their checklist: program offerings, tuition costs, campus facilities, faculty credentials, and so on. Then there’s the wildcard: location. For some, location is a more important factor. In situations where all things are equal, location often becomes the deciding factor. So, why do out-of-state doctor of chiropractic degree students choose to matriculate in Kansas City?

It could be because KC is consistently ranked as one of the best places in the nation to live. Or, it might be the city’s world-famous barbecue, championship sports teams like the NFL’s Kansas City Chiefs, the 2019 Super Bowl Champion, thriving arts scene, historic sites, pubs, eateries, and a robust craft brewery industry. Honestly, this gem of a city in America’s Heartland has so much to offer that the list of things people love about it goes on and on.

In 2015, the World Series Champions, the Kansas City Royals, were kings of the KC sports scene. The Royals electrified the city with a “never-give-up” brand of baseball that became the envy of the league.

Not to be outdone, the Patrick Mahomes-led Kansas City Chiefs won the 2019 Super Bowl – 50 years after the Chiefs last won it. The Arrowhead experience on game day features the NFL’s loudest and proudest fans, as well as America’s best tailgating.

With its vibrant visual and performing arts scene, Kansas City is a cultural mecca. From the Nelson-Atkins Museum of Art, ranked as one of the top museums in the country, to the Kauffman Center for the Performing Arts, home of the city’s ballet, symphony, and opera companies, there’s something for everybody.

First Fridays at the Crossroads Arts District draws art lovers from throughout the city, as the district is home to more than half of the city’s more than 100 art galleries and exhibition spaces.  First Fridays also features that street performers, food trucks, and concerts.

Live theater is abundant at the Kansas City Repertory, Unicorn, and Starlight theaters, among others, and the annual Renaissance Festival draws thousands of visitors every fall.

Fast becoming known as a culinary destination, Kansas City is about more than just its world-famous barbecue. Yes, the savory sensations being served at Arthur Bryant’s, Gates, Joe’s KC, and Jack Stack (just to name a few) have wowed U.S. presidents and dignitaries of all kinds who visit the “Barbecue Capital of the World.”

However, ask any foodie, and it’s clear that Kansas City is serving up world-class cuisine all across the metro at award-winning restaurants like Bluestem, The American, Garozzo’s, Avenues Bistro, Piropos, Bo Ling’s and Port Fonda.

Known for its “small big city” charm, Kansas City is one of the most hospitable places around. The majority of its people are polite and go out of their way to offer a helping hand. Whether it’s a handshake, a wave “Hello” or an invitation to dinner, Kansas Citians are just downright neighborly.

Want a good example of Kansas City’s friendly atmosphere? Stroll the streets of the Country Club Plaza and enjoy not only the people but also one of KC’s best shopping and dining experiences.

It may not be a city that never sleeps, but Kansas City is not light on nightlife. Destinations like the Power & Light District, Westport, Prairiefire, and the River Market pulsate with entertainment of all kinds every night of the week. With live-music venues (Record Bar, Crossroads KC and Knuckleheads), comedy clubs (Stanford & Sons and ComedyCity), piano bars (Howl at the Moon and Ernie Biggs) and dance clubs (Mosaic Lounge and Aura Nightclub), Kansas City has it all. Plus, there’s a flourishing craft beer scene — pioneered by Boulevard Brewing Company and including Kansas City Bier Company, Big Rip Brewing Company, and Cinder Block Brewery.

If you’re considering a career in chiropractic or the health sciences, take a good look at Cleveland University-Kansas City — proud to call the KC metro home for more than 95 years.

Take our virtual tour today to learn more about the CUKC campus and the Kansas City area!