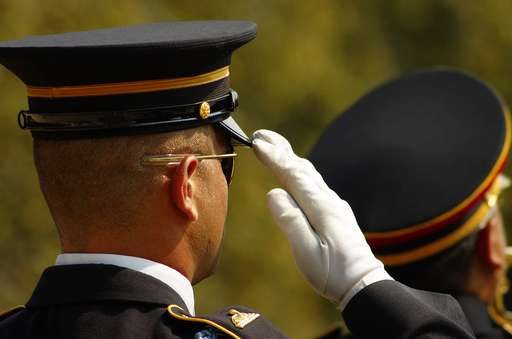 Value your freedom? Thank our military in May

Most Americans know that Memorial Day falls on the last Monday in May each year. It is meant to honor those who have lost their lives in service to our country. But, while many know about Memorial Day, they’re likely unaware that May is significant for another reason: it’s also National Military Appreciation Month. Begun less than 20 years ago, it offers people an entire month in which to show their gratitude to the men and women of the armed services.

The idea took flight in 1999 when U.S. Sen. John McCain (R-AZ) with the support of more than 50 veterans groups, introduced legislation designating May as National Military Appreciation Month. It was done to recognize and remember the military past and present along with their families. In 2004, more extensive legislation was passed by both houses of Congress, which solidified May as the month during which America would pay homage to its military.

As a nation, we owe a debt of gratitude to our military personnel because the country that we are today can be traced back to their efforts. It began with the colonists who fought in the American Revolution. They were bold enough to seize the notion of freedom that had been only a dream, until their actions made it a reality. But for the efforts of our first men in uniform, the United States as we know it may have never come to pass.

Since that time, the mettle of our troops has been tested repeatedly around the globe. Places like San Juan Hill, the forests of the Ardennes, the waters of the South Pacific, as well as in Korea, Vietnam and still today throughout the Middle East. Each of these locales is part of the American military tapestry that has made us who we are. The members of the fighting force of today are cut from the same cloth as those who served in years past. Following in the steps of their brothers in arms, they remain ever vigilant to ensure that all that we have as a nation, and all of the principles of freedom that we hold dear are maintained.

The service of our military personnel is a reminder to the civilian population that should the United States face conflict at home or abroad, our current men and women will again fight in desert heat or frozen mountain terrain to maintain the freedom made possible by those who came before them. Our soldiers, sailors, airmen, Marines, and Coast Guardsmen remain at the ready to do the job that many are unable or unwilling to do.

Wherever freedom has been in peril, our military has been there, ensuring that this great republic remains the pillar of strength that our forefathers envisioned when they put the wheels of freedom in motion 240 years ago with signing of the Declaration of Independence. Our soldiers have fought tyranny and oppression to ensure that our way of life will endure for another 240 years and beyond. Their courage, sacrifice and willingness to give their all for America and its allies, will make it happen. And it’s for that dedication that we take time to honor the men and women in uniform during May.

During National Military Appreciation Month, Cleveland University-Kansas City salutes the more than 20 students, faculty and staff members who have served their country in the armed forces. 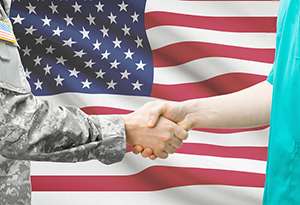