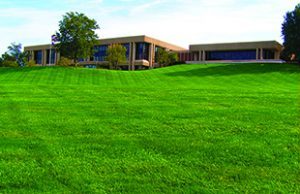 Agocs, McKenzie, Named as Officers for Association for the History of Chiropractic (AHC)

The Association for the History of Chiropractic (AHC) named two from CUKC’s faculty and staff as officers for 2019-20. Dr. Edward McKenzie is First Vice President, and Dr. Steve Agocs is Secretary.

Dr. McKenzie, a College of Chiropractic clinical instructor since 2017, received his Doctor of Chiropractic degree from Cleveland Chiropractic College in 1969. Following graduation, he worked in practice with his father in the Kansas City area. In 1976, he and his family moved to the Holton, Kan., area where he operates a practice.

He serves as a member of the Chiropractic Review Committee for the Kansas Board of Healing Arts and is a member and past chairman of the High Country Chiropractic Knights of the Round Table. McKenzie has also served on the Board of Governors for CUKC.

“I am involved with the AHC because I enjoy history, in general, and I’m particularly interested in chiropractic history on a professional level,” Agocs said. “My understanding of chiropractic is much deeper and richer knowing the history of chiropractic. Every time I attend a conference or open our journal, or look at the AHC’s Facebook group, I learn something new.”

In addition to serving as a clinician at KC CARE Health Center, which serves a diverse population in the urban core of Kansas City, Mo., Agocs teaches History of Chiropractic and Technique Systems, Thompson Technique, and Flexion-Distraction Technique. He teaches pain science seminars, chiropractic technique, and RockTape’s Functional Movement Techniques at the postgraduate level.

Members of AHC are active in speaking to groups about chiropractic to provide a comprehensive perspective of the profession and preserve its history.

CUKC’s Dr. Agocs, for example, speaks on “Trials and Tribulations of the American Medical Association and Chiropractic,” “Overview of Chiropractic History,” and details the histories of Thompson, Gonstead, and Sacro Occipital techniques. He also presents “History of Cleveland Chiropractic College.”

Each year, the AHC presents its Lee-Homewood Chiropractic Heritage Award to a chiropractic pioneer who has made outstanding contributions to the chiropractic profession. The award includes a certificate and a lifetime membership to the AHC.

AHC also communicates to members about new books about chiropractic, such as 2020’s Finding Langworthy: The Quest to Discover the Life and Times of a Chiropractic Pioneer. This biography provides the story of an early chiropractic pioneer, Dr. Solon Massey Langworthy. The author is Steve Troyanovich, D.C.

“I encourage every student and D.C. to become a member of the AHC because it’s the only association dedicated to preserving and telling our important story,” Agocs said. “A great deal of what the AHC presents and publishes can only be shared when chiropractors research their regional history or tell the story of their family in chiropractic.”

The 40th Annual Conference of The Association for the History of Chiropractic is scheduled for June 19-20, 2021, at Palmer College of Chiropractic. Davenport, Ia.