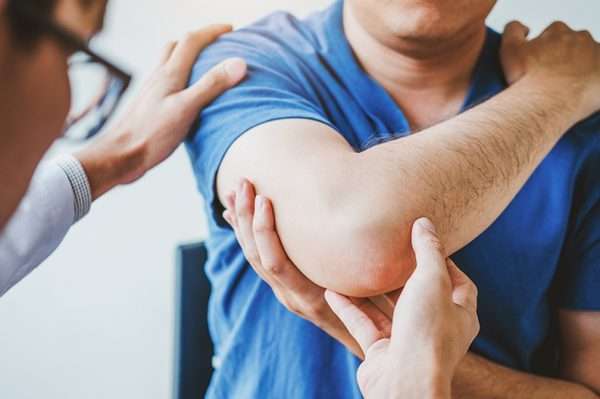 Pain in the wrists, elbows, shoulders, knees, and ankles is commonly associated with tendon pathology. Chiropractors routinely see patients with a variety of tendon-based problems, which are often associated with repetitive overuse from work or sports-related activities.

These common disorders place a burden on healthcare resources, particularly with regard to occupational and sports-related injuries. Tendon injuries are associated with significant time away from work and can interfere with recreational activities.

According to Dr. Mark Pfefer, director of research at Cleveland University-Kansas City (CUKC), tendon issues are often linked to athletics, but they can also result from daily office-based tasks.

“Sometimes people develop painful tendon problems associated with repetitive or excessive use of a computer keyboard or mouse,” Pfefer said. “It is theorized that the painful condition is not caused by inflammation, but more likely degenerative changes in the tendon structure with associated changes in the tissue architecture.”

Tendons are well suited to sustaining high tensile loads, but repetitive and forceful exertion has been implicated as a causal factor in the development of tendinopathies. Another risk factor is old age, which alters tissue recovery.

The onset of most tendinopathies is insidious – not associated with a specific traumatic event. The pain is typically localized and described as “sharp” or “stabbing,” with activity. Often there has been a history of a recent increase or change of activity that coincides with the onset of pain. Sometimes the pain improves with some movement and warm-up.

Imaging is not always needed to diagnose tendinopathy. Provocative palpation of the tendon tends to reproduce the patient’s pain in a well-localized pattern. Tests that load the tendon similarly to inciting activities can also recreate the pain and help support the diagnosis.

Medical interventions such as anti-inflammatory medications (NSAIDs and corticosteroids) are sometimes used as an intervention, although research evidence supporting this approach is lacking, especially based on current understanding of the underlying tissue dysfunction and the lack of inflammation found associated with tendinopathy pain. Surgery is used rarely to release painful structures, typically in tendon problems that have failed to respond well to multiple conservative interventions.

Painful tendon problems are one of the most commonly seen conditions among chiropractors.  They regularly treat this with a variety of conservative interventions, including joint and soft tissue manipulation, cryotherapy, bracing/orthotics, electrical stimulation, therapeutic ultrasound, shockwave and laser interventions, acupuncture-type procedures, and therapeutic exercise.

“Gold-standard treatment approaches for tendinopathy include eccentric exercise combined with other tissue modulating interventions such as low-level laser and low-level shockwave therapies,” Pfefer said. “Other conservative interventions such as ultrasound or instrument-assisted soft tissue mobilization can provide pain relief and allow easier implementation of a therapeutic exercise program, which should focus on eccentric loading of the muscle/tendon that is affected.”

More research is needed to assess the best use of combinations of joint and soft-tissue manipulation, eccentric exercise, ultrasound, shockwave, and laser interventions. The combinations of instrument-assisted soft tissue mobilization, eccentric muscle/tendon loading, and laser/shockwave intervention are quite promising to help patients quickly resolve a variety of tendinopathies.