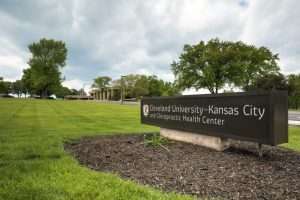 Dr. Samuel Mark, a 2003 graduate of the College of Chiropractic at Cleveland University-Kansas City (CUKC), was recently named “Alternate Delegate of the Year” by the American Chiropractic Association (ACA). The award was announced during the ACA Engage 2021 meeting, held Feb. 4-6. The annual event is normally held in Washington, D.C., but this year was conducted virtually due to ongoing concerns about COVID-19.

Mark, of Scottsbluff, Neb., is the alternate ACA delegate from his state. He received the honor in recognition of his exceptional service, achievement and leadership in the profession. In particular, his tireless work as a member of the ACA Political Action Committee was noted. Awards are given out each year at the meeting to recognize a variety of contributions to research, education, and humanitarian efforts, along with announcing the coveted “Chiropractor of the Year.”

Other business at Engage 2021 included Dr. Maithy Ta, another CUKC alumnus. Ta, a 2019 graduate of CUKC, was announced as a member of the leadership team for NexGen, the ACA’s early career practitioners. She will serve as vice chair for the upcoming year.

ACA Engage brings together hundreds of chiropractors, chiropractic assistants and chiropractic students from across the nation each year. While in Washington, D.C., they meet with members of Congress to advance pro-chiropractic legislation. Other highlights include distinguished speakers, panel discussions, and the opportunity to earn continuing education credits. The next ACA Engage will be held Feb. 2-5, 2022.