Cleveland University-Kansas City (CUKC) has announced that Dr. Carl S. Cleveland III, president, has been named a 2019 “Icon of Education” by Ingram’s magazine. According to the publication, the honorees were chosen because each has “demonstrated a lifelong commitment to improving the lives of their students and, by extension, the health of the region, for decades to come.” Cleveland was among only 10 educators in the region named to the prestigious list.

A fourth-generation chiropractor and the grandson of the institution’s founders, Cleveland graduated from CUKC in 1975. He was named president of the University in 1982 and has served concurrently as a member of the faculty and the administration since that time.

In recognition of the Ingram’s honor, faculty, staff, students and alumni hosted a celebratory gathering on Friday, March 8.

Ingram’s magazine has been a leading business publication in Missouri and Kansas for more than 40 years. To see Cleveland’s entry in the Icons of Education section, click here to see the February 2019 edition of Ingram’s. 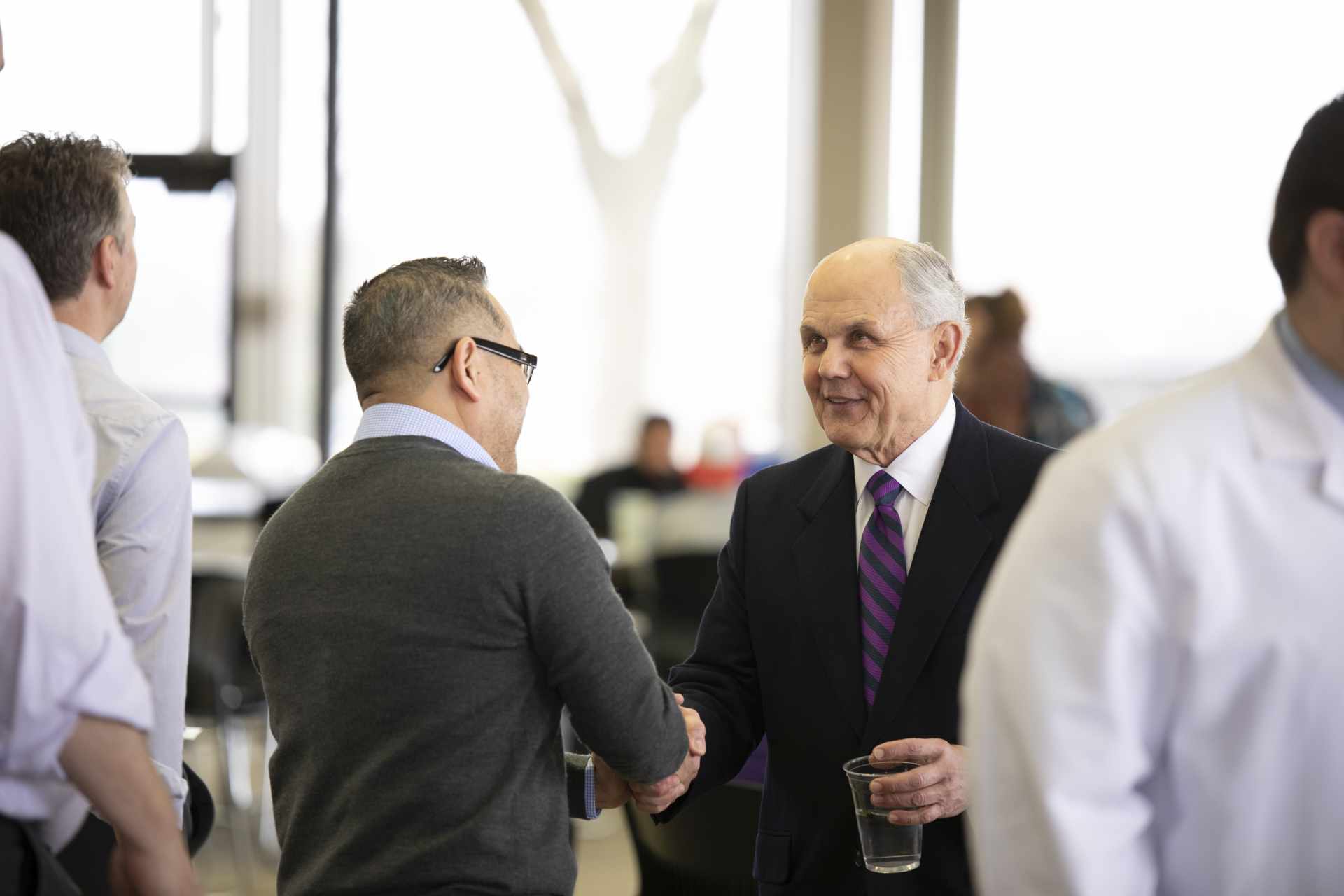