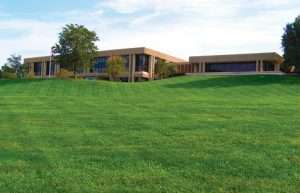 CUKC Researchers Study Use of Crowdsourcing in Published Work

Through crowdsourcing tools like Mechanical Turk (MTurk), large, labor-intensive jobs that are done manually can be broken down and distributed for completion via the internet. This allows for more effective management of the labor and overhead costs that have traditionally accompanied such projects.

Dr. Mark Pfefer, M.S., D.C., director of research at CUKC, said the use of crowdsourcing tools opens up new opportunities for researchers. Its use will enable entities to utilize the skills, insight, and intelligence of a global workforce to assist with data collection and analysis.

“My colleagues, Dr. Jon Wilson and Dr. Rebecca Wates, and I came across some medical research using MTurk surveys, and we thought it would be an innovative approach to surveying large populations in an affordable way,” Pfefer said. “We believe that we are the first chiropractic researchers to use this platform. It is extremely beneficial for researchers as you can reach a lot of people with surveys at a very low cost.”

The CUKC team used the online assistance of MTurk to gather perceptions of chiropractors from U.S. adults and to report the differences between those who have a positive vs. negative outlook about chiropractic care. The team developed a 74-item survey to assess attitudes toward chiropractic, and respondents were recruited using MTurk. Included was a query classifying respondents based on previous and future use of chiropractic care. Responses were received from 1,300 individuals.

The use of MTurk by the CUKC team was deemed to be feasible, affordable, quick, and highly beneficial to academic researchers. Through crowdsourcing, the group from CUKC was able to assess data regarding attitudes and perceptions of those who would, or would not consider chiropractic, based on their previous use.

“One of our key findings was that many more people would be likely to go to a chiropractor if their primary care doctor referred them,” Pfefer said. “The implication of this is that we need to reach out to primary care physicians throughout the U.S. to educate them about chiropractic care, especially about outcomes, safety, and cost.”

Pfefer said that crowdsourcing can be a valuable tool for future CUKC research projects, and additional possibilities for its use are being explored.

“The M-Turk platform appears to reach a diverse audience of potential participants, so this is another benefit of using that approach in collecting survey data,” Pfefer said. “We have another project that is in the process of being submitted for publication in which we survey minority respondents about attitudes related to chiropractors. We feel it is important to reach out to a diverse population who could benefit from chiropractic care, and this survey will help us understand some potential barriers and issues.”