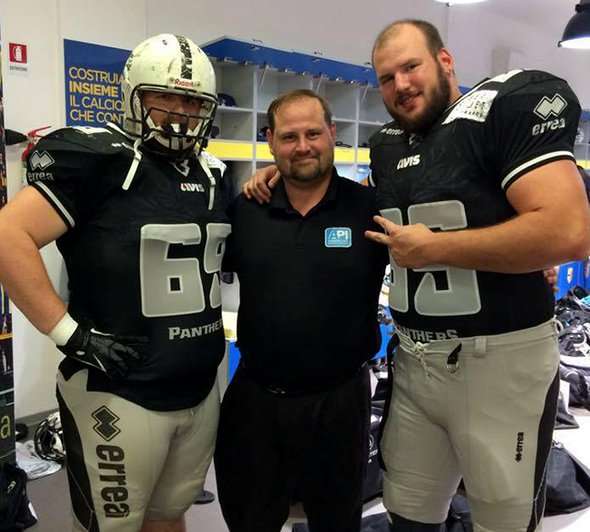 Dr. Mark Wade is a passionate ambassador for chiropractic. That statement rang true when he was a student at Cleveland Chiropractic College, where prior to graduating in 2011, he served for two years as the institution’s representative for the World Congress of Chiropractic Students (WCCS). And it’s every bit as true today, as Wade is championing the profession in Southern Europe with his practice in Parma, Italy.

Wade has been sharing the power of chiropractic in Italy for the past four years, and how he ended up there can be summed up with one word — love. It started with his love for the profession, that aforementioned passion, which drove his work on behalf of the WCCS. And then, during his final year at Cleveland, while attending the annual WCCS event in Rio de Janeiro, Brazil, Wade met a Palmer College of Chiropractic student named Krista Burns. They made an immediate connection, forged by their common ground, and fueled by their desire to change the world with chiropractic. They fell in love, and soon decided on Italy as the setting for their new life together.

“After my time participating in the WCCS, I was inspired to take chiropractic abroad and help expand it internationally,” Wade said. “The decision to make the big move to Italy was primarily based on its extreme need for chiropractic expansion. And, of course, its beauty and culture was an added incentive!”

Wade said their arrival in Italy was met with many challenges as they worked to set up their practice, Bella LaVita (Beautiful Life) Chiropractica. Currently, chiropractic is rather unrecognized in Italy with less than 300 chiropractors in the whole country. In addition, the medical profession there has pushed to incorporate chiropractic as a technique within the physical therapy realm.

“The first year was very difficult,” Wade said. “It seemed like an endless struggle. Or, as we liked to call it, the ‘treadmill effect’ — sprinting as fast as you can, but making no forward progress. It wasn’t until we decided to specialize in postural correction that everything changed. We spent the next year learning and studying everything about posture until we earned certification as Certified Posture Exercise Professionals (CPEPs).”

In the midst of earning the CPEP distinction, they were inspired to make another bold move: to rebrand their clinic. Thus, the American Posture Institute (API) was born. It has since become one of the top posture correction facilities in all of Italy with the mission to be the world’s leading professional resource for posture related information, products and correction systems.

“With API, we have seen our success rise exponentially, along with expert opportunities to speak to other health professionals about posture,” Wade said. “Additionally, specializing in posture has granted us access to the sports arena. We work officially with five professional sports teams here in Parma and have individual athletes from seven other pro teams.”

Wade serves as the official chiropractor for the world-famous Parma Panthers football team, who are four-time national champions and were the inspiration for the John Grisham novel, “Playing for Pizza.” For helping the Panthers win the title in 2013, Wade was named a “Champion of Chiropractic” by the Foundation For Chiropractic Progress.

All of this has happened fast, and has far exceeded the expectations Wade had when he embarked on his journey to Italy.

“The most fulfilling part is reflecting back on what we have created,” Wade said. “With no help, or assistance we have taken an idea and a vision, moved to an unknown place with no friends or family and transformed this vision into a thriving practice that gives patients amazing results every day. This is something of which we are really proud.”

Wade’s spirit of ambassadorship remains fully intact as he travels the world on behalf of the profession and in advancement of the API mission. Wade can be reached via email at api@americanpostureinstitute.com or by calling (201) 448-2591.