SACA chapter at CUKC has strong showing in Washington, D.C.

More than 50 members of the Student American Chiropractic Association (SACA) chapter at Cleveland University-Kansas City (CUKC) made a noticeable impact at the annual National Chiropractic Leadership Conference (NCLC) in Washington, D.C. Held Feb. 28 through March 3, and hosted by the American Chiropractic Association (ACA), the event welcomed more than 600 chiropractors, students and other supporters of the profession. The Cleveland contingent represented the largest gathering of students from any chiropractic school in the country.

The four-day conference included a number of events and speakers that were positive for the profession. This included elected officials who took part to address the group. Some of the featured speakers included: Sen. Jon Tester (D-Mont.) the ranking member of the Senate Veterans Affairs Committee; Rep. David Young (R-Iowa) a member of the House Appropriations Committee, and Rep. Brian Higgins (D-N.Y.) who spoke in favor of chiropractic care for seniors.

Perhaps more impactful than the speeches, were the personal interactions between CUKC students and their elected officials. Clevelanders attended more than 30 meetings with congressional leaders, many of whom are in favor of advancing chiropractic, and providing increased access to care for patients. Some from CUKC were able to speak directly to the members of Congress from their home state to advocate on behalf of chiropractic. These meetings allowed those in the nation’s capital to see that the chiropractic community speaks with many voices for one common goal.

Their large number aside, the group from CUKC also made their presence known in other ways, as two Clevelanders were elected to national SACA offices for the upcoming year. Jocelyn Tierney will be national vice chair, and Ryan Burdick will be national legislative chair. In addition, CUKC also earned “SACA Chapter of the Year,” at the conference.

Dr. Jon Wilson, dean of the College of Chiropractic at CUKC was pleased with the strong showing by Cleveland students at the national event.

“I offer my sincere congratulations to everyone involved,” Wilson said. “I am very proud of the efforts our SACA chapter has made to improve the visibility of both the institution and the profession.”

CUKC students were joined at the conference by Dr. Carl S. Cleveland III, CUKC president. The next gathering for NCLC will be held Jan. 16-19, 2019 in Washington, D.C. 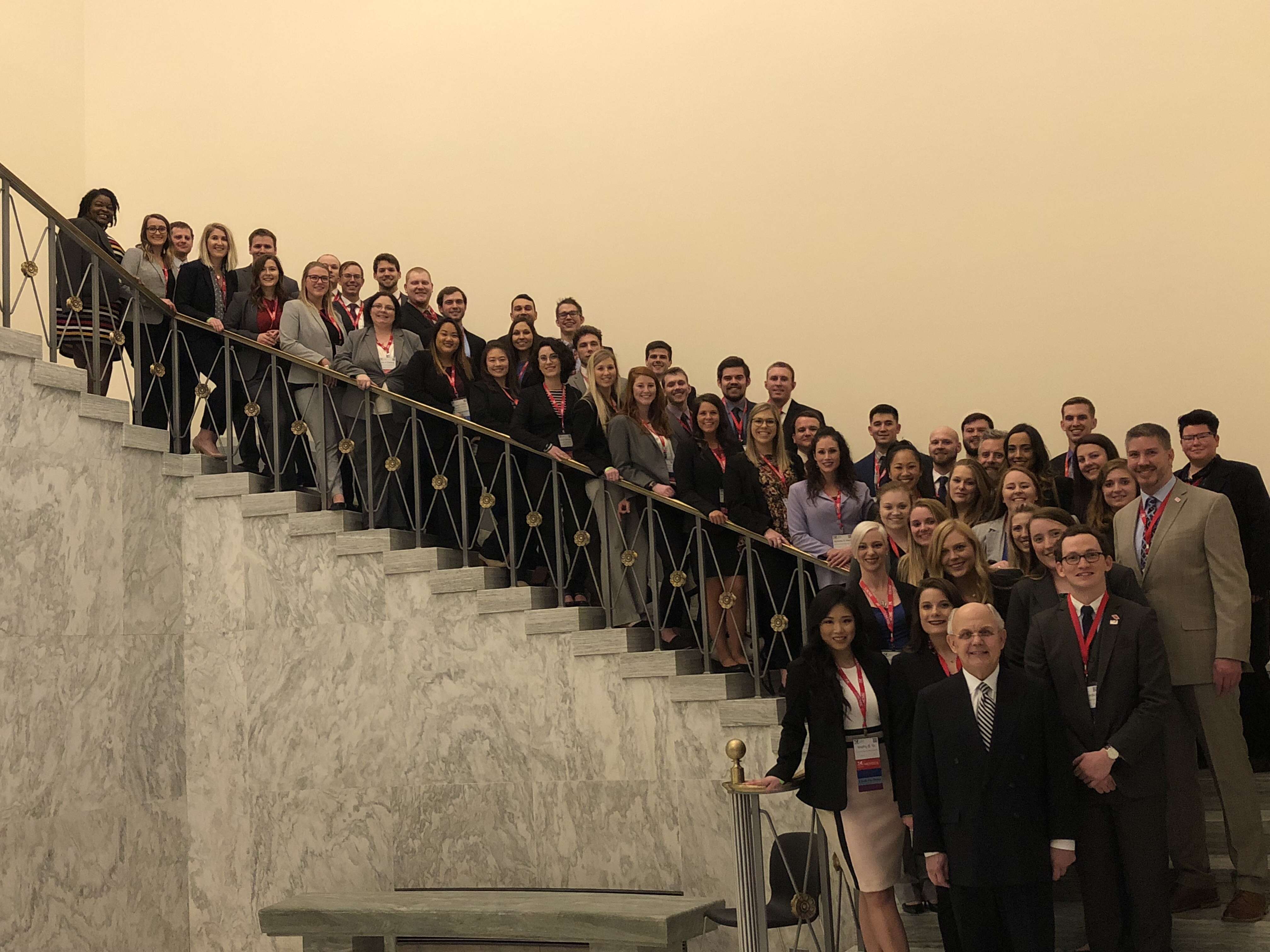